There have been two important cases in the legal press recently about workers’ rights, as opposed to employee rights.  ‘Workers’ are a separate category from employees – they are not genuinely self-employed, yet they do not share the full range of rights enjoyed by individuals who provide their services under a contract of employment.

In one case, the High Court held that some protections currently only given to employees on health and safety grounds will now be extended to workers.  The changes to this legislation mean that both workers and employees will have protection against being sacked (or against other detriments such as disciplinary sanctions) if they refuse to attend a workplace which is not safe.  The changes will take effect on 31 May 2021.

Uber also announced that, following last month’s Supreme Court ruling that their drivers were workers and not self-employed, its drivers will now be receiving the national living wage (NLW), holiday pay and pension contributions.

In a case involving both workers and employees, there has been a new development.  Through the years there has been much litigation around whether people sleeping on shifts are entitled to National Minimum Wage.  In the recent case of Royal Mencap Society v Tomlinson-Blake [2021] UKSC 8, the Supreme Court decided that claimants would only be entitled to the national minimum wage (NMW) in respect of hours in which they were required to be awake for the purposes of working, as they could not be described as actually working during periods when they were supposed to sleep.  The Supreme Court’s decision in this matter has not surprisingly caused consternation amongst those who provide live in care and are expected to be ‘on call’ all the time. 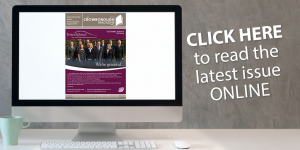 If you would like to advertise or submit any content for the March/April 2022 issue, please get in touch by Friday 28th January 2022 to be included.  Email info@crowborough-magazine.co.uk 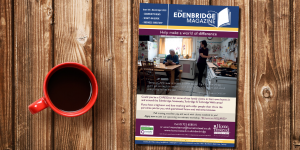